La Rebelión del Tango started as a new band in late 2016, when violinist Jeffrey Maneval met guitarist Ken Pasciak at a small Middlebury cafe. Over a crisp cider, they watched a young couple walk through a courtyard, seduced by the moment, lost in time and love. In these difficult times, how we cling to sensibility and logic, how we become slaves to life’s necessities and give up what it really means to be human– we become immune to lust, to optimism, to passion. Bassist Ronald White and pianist Michael Gaydos create an eloquent and contemporary foundation and core, with bandoneonist/accordionist Michel Lajeunesse bringing a decidedly Montreal contemporary jazz influence. La Rebelión seeks to fight back against the oppression of life and time, and offer a fierce resistance to routine, a fusion of the past and of the present, blurring the lines between objective truth and subjectivity. For a moment, we ask that you allow yourself to forsake the cycle of birth and death for lust and passion, renounce time for timelessness, and allow yourself be seduced by the Argentine streets.

The Leading Tones Project is a Vermont-based eclectic duo featuring Michel Lajeunesse on accordion and Ken Pasciak on guitar. The Duo began as an experimental offshoot of La Rebelión. In 2017, Michel and Ken discovered they shared similar musical interests and influences spanning a wide range of musical genres. Their collaborative duo performs a refined blend of jazz, classical, rock and tango, including arrangements of works by Bach, Satie and Dvořák, plus interpretations of songs from the standard jazz repertoire, the Beatles, French musettes and traditional Argentine tangos. 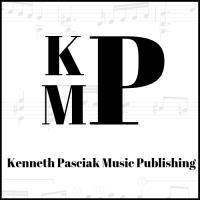 See a full list of available titles on: Sheet Music Plus.