The Edo Period (1603 – 1868) marks a time of political stability and domestic development in Japanese history that led to a growing culture of the arts and music. Although many styles of music flourished, sōkyoku jiuta, Edo period chamber music for koto, a thirteen-stringed plucked zither, and shamisen, a three-stringed plucked lute, likely best represents the music of this era. Sōkyoku jiuta refers to a collection of musical genres for koto and shamisen. The term sōkyoku generally refers to works originally composed for koto. The term jiuta is used to identify pieces originally composed for shamisen.

Historical accounts of the origins of sōkyoku jiuta often begin with the story of Yatsuhashi Kengyō, who is generally considered to be the major musical figure of the early Edo period. Originally a shamisen player, he was introduced to koto music by a former student of an exclusive koto school in the former Tsukushi province, now part of Fukuoka Prefecture in Kyūshū. Fascinated with the instrument and the music, Yatsuhashi sought out this school, became a student and worked to develop new koto compositions. He eventually founded the Yatsuhashi-ryū, a koto school in the style of Yatsuhashi, and is also credited with inventing a new genre of koto music called danmono.

Rokudan no Shirabe, or Song in Six Parts, written by Yatsuhashi in the 17th century, is perhaps the best known and most often performed piece from the danmono repertoire. Though originally composed for koto, different versions of the piece exist for shamisen and other combinations of instruments. Rokudan and other works for koto and shamisen can be heard throughout Japan during the New Year’s holidays.

KPMP presents a unique arrangement of 六段の調べ (Rokudan no Shirabe) for guitar, utilizing open strings and characteristic features of the guitar to simulate the harp-like sounds of the thirteen-string koto. Sheet music and tablature, plus an individual guitar part with fingerings and string designations included. Available at Sheet Music Plus. 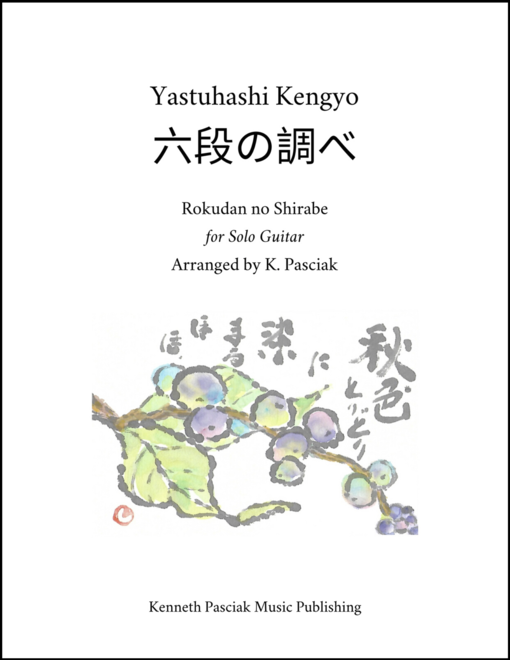 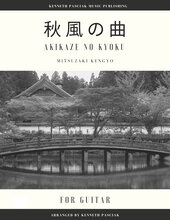 View all posts by kenpasciak

This site uses Akismet to reduce spam. Learn how your comment data is processed.